Manchester United host José Mourinho’s Spurs at Old Trafford tomorrow in their first test this season against a top six side.

Tottenham may have Son Heung-min fit, but Gareth Bale has only just started training so won’t feature. Giovani Lo Celso is a doubt. New signing Sergio Reguilon is likely to feature at wing back in a 3-5-2 formation.

Manager Ole Gunnar Solskjaer has reported no new injury concerns, with Axel Tuanzebe and Phil Jones the only absentees. Harry Maguire has recovered from the knock that saw him miss out of Wednesday’s Carabao Cup victory over Brighton.

Dean Henderson and Eric Bailly both kept a second clean sheet in that game and whilst we think Solskjaer will restore David de Gea in goal, surely he has to give Bailly the nod at centre-back after the woeful defending of the Maguire-Lindelof partnership in recent weeks.

With Solskjaer insanely loyal to Maguire, this will see Victor Lindelof drop to the bench.

Given Spurs’ likely use of wing backs, Solskjaer could take the opportunity to try out a 4-4-2 diamond to provide extra support for the defence. This would see Donny van de Beek, who was excellent in midweek, taking up a central midfield role, giving Paul Pogba more freedom to push further forward and allowing Nemanja Matic to sit even deeper, acting as a fifth defender when the side is out of possession. Mason Greenwood would in this case be the one most likely to drop to the bench.

Another possibility is that Solskjaer will match the 3-5-2 by including both Bailly and Lindelof alongside Maguire.

With all that in mind, here is our predicted line-up: 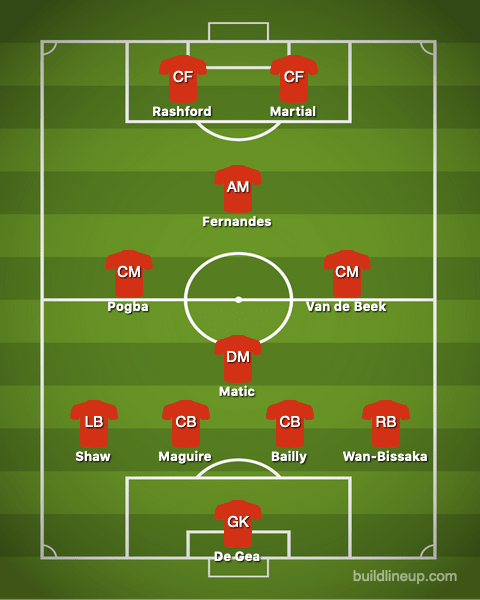 This summer’s transfer window has been one of the strangest in living memory. So cast your mind back to less stressful days and test your knowledge of past United arrivals and departures in our quiz below.

Best in the league: Man United star has blitzing start to the season

Barca need to become independent of Messi and experiment with new...

- August 3, 2020 0
The former defender says the club relies on their superstar too much, leading to their La Liga failings this season